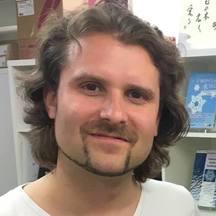 Yves Ruhlmann is one of the world’s most talented and accomplished classical musicians, who plays beautiful Angel music.  When he plays music, he always lets his Angel guides tell him how and what to play.   He was born in France on January 9, 1983. With a dual Swiss and French nationality and two Alsatian and Helvetic cultural identities, the composer projects his music straight out of the box.

With a self-taught spirit, the composer does not miss a few of the prestigious institutions in France and Italy, including the Lumière University, the National Conservatory of Lyon, the Licinio Refice Conservatory, and the Academy of Siena, not forgetting of course the Villa Medici where he was welcomed in 2014.

It is in the meeting of several artistic dimensions that the composer draws his completeness. The common core of his musical personality was forged in ambitious research that he undertook during his first stay in Italy. This colossal work of mathematical combinatorics bringing together symbolism, sounds, shapes and colors, is at the heart of his artistic preoccupations. From discoveries to discoveries in the past ten years of research, his work continues to nourish his inspiration as a composer.