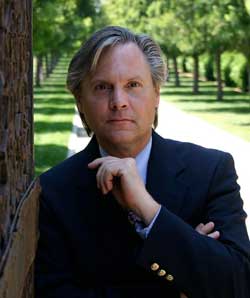 Sidney is a keynote speaker on Edgar Cayce at my upcoming Galactic Wisdom Conference in Olympia, Washington on March 9, 10, and 11, 2018. He is an award-winning filmmaker and international best-selling author. His critically acclaimed non-fiction books include A Cast of Killers, Turning the Tide, and Edgar Cayce: An American Prophet. Biographical profiles of Kirkpatrick have appeared in The New York Times, Time Magazine, and The New Yorker. He is a graduate of Hampshire College and New York University’s Tisch School of the Arts.

Sidney lives with his wife, Nancy, and frequently travels for work, engaging audiences in lively discussions about the Cayce material and more.

I had the pleasure of interviewing Sidney Kirkpatrick of the Edgar Cayce Foundation (www.EdgarCayce.org).

Edgar Cayce (1877-1945) has been called the “sleeping prophet,” the “father of holistic medicine,” and the most documented psychic of the 20th century. Cayce was born on a farm in Hopkinsville, Kentucky, in 1877, and his psychic abilities began to appear as early as his childhood. As an adult, Cayce would put himself into a state of meditation, connecting with the universal consciousness and from this state, came his “readings”. From holistic health and the treatment of illness to dream interpretation and reincarnation, Cayce’s readings and insights offer practical help and advice to individuals from all walks of life, even today.

A new full length film on Edgar Cayce will be shown during the Galactic Wisdom Conference in Olympia, Washington on March 10, 2018 at 9101 Steilacoom Road S.E., Olympia, Washington 98513 The film will make its first North American showing! The conference will have some of the world’s best psychics and healers! The conference will be from March 9–13, 2018. The conference is only $197 for all three days, but if you register before January 20, the price is discounted to $147. To register, please see: – see: wwwgalacticwisdomconference.com Or email Ted at: outofthisworld1150@gmail.com or call (509) 750-9793.