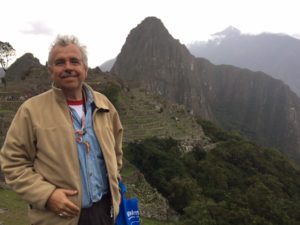 I will be traveling to Peru with a small group of people in May 17 – June 5 to visit one of the world’s most spiritual places – Machu Picchu! (See below for my trip in January, 2020.) We will also be visiting Cuzco and Ollantaytambo, Pisac, and the Sacred Valley, Puno and Lake Titicaca, the Nazca Lines and Paracas (which has a museum of hybrid Human/Extraterrestrial skulls), and meeting local Inca Shamen (who will give healing sessions for those who want it), as well as Rainbow Mountain (one of the world’s most beautiful mountains with reds, oranges, yellows, and other beautiful colors).

Side trips will be available to the Amazon jungle, as well as other archaeological sites near Nazca to see Extraterrestrial skulls and UFOs. This trip will REALLY be Out of this World! The cost is only $497, with airfare and accommodations extra. Psychic readings will also be available, and I will also be giving free classes on contacting the Ancient Inca, and Angels and spirits on the other side. I hope you can come with me to Machu Picchu and Peru!

Ted’s visit to the Hollow Earth and Agartha

Listen: Click on the link below a date to open the player in another window. 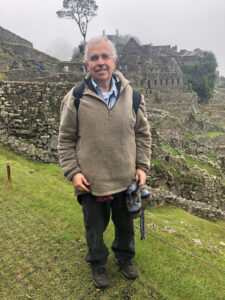 Hour One: With Santos and de Augustine
Hour Two: Ted gives messages from the High Council beneath Machu Picchu in the Hollow Earth

In February 2018, my friends and I visited the famous ET/Human Skulls museum at Paracas, Peru (please see photo below). The museum contains over 100 ET/human skulls and various other artifacts. The skulls are evidence of a hybrid ET (Reptilian)/human species which were wiped out thousands of years ago, when local Native Americans realized that these hybrid creatures were a threat to humanity, much like many people are realizing today that the Reptilians are a threat to humanity. For this show, Ted will bring in the spirits of these hybrid beings and give their messages on why they were here, and what they were trying to accomplish. (Broadcast starting at 16:05)

The show is a discussion with Inca Shamen and Judy Cali (www.judycali), one of the best psychics in America, in a live live broadcast from Machu Picchu and Cusco, Peru! Machu Picchu is one of the world’s most famous spiritual places. The Shamen will be giving important messages on humanity’s future and how we can make this world a better place!

Some of the best psychics in America will be joining psychic Ted Mahr to contact the ancient Inca spirits to talk about Machu Picchu. Located in Peru at an elevation at nearly 8000 feet, Machu Picchu is considered one of the world’s most sacred spiritual places! Jerry Bedlington, Carolyn White and Judy Cali will be bringing in the ancient Inca Spirits, as well as the spirits who were at Macchu Picchu before the Incas, with messages for humanity on the New Earth!

In October, 2017, Ted took a small group to Machu Picchu, Cuzco, Nazca Lines and the museum at Paracas (which contains ET elongated skulls), and some of the world’s greatest wonders! Included in this trip was a stop in Mexico City to explore the Pyramid of the Sun and the Pyramid of the Moon. We hope you can listen to this really Out of this World broadcast!

This show is about my trip to Peru: Machu Picchu (one of the world’s most spiritual places), Ollantaytambo (an incredibly beautiful ancient Inca village on the side of a mountain). My trip also included a visit to Cusco (spiritual center of Peru), the fascinating Nazca Lines where I saw pictures of ETs and astronauts!), mummies and elongated skulls from the ancient Chauchilla people, an elongated Extraterrestrial skull museum, and the beautiful Ballestas Islands (“Islas Ballestas”), which are much like the famous Galapagos Islands. Joining me on the program is Jimmy Cabanillas, a local Inca Shaman from Cusco, who will be giving messages from the ancient Incas. 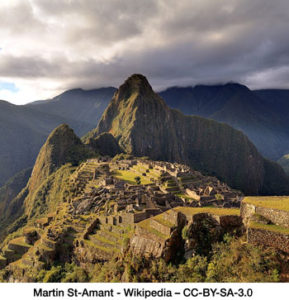