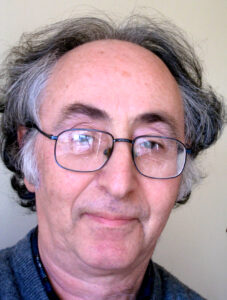 Professor Brian Josephson is a Nobel Prize Winner in Physics for discovering the Josephson effect when he was just a 22-year-old PhD student at Cambridge University in England. He is best known for his pioneering work on superconductivity and quantum tunnelling, and was awarded the Nobel Prize in Physics in 1973.

Professor Josephson is a member of the Theory of Condensed Matter group at Cambridge’s Cavendish Laboratory. He has been a fellow of Trinity College, Cambridge since 1962, and served as professor of physics from 1974 until 2007.[6]

Dr. Josephson set up the Mind–Matter Unification Project at the Cavendish to explore the idea of intelligence in nature, the relationship between quantum mechanics and consciousness, and the synthesis of science and Eastern mysticism, broadly known as quantum mysticism.[8] He has expressed support for topics such as parapsychology, water memory and cold fusion.