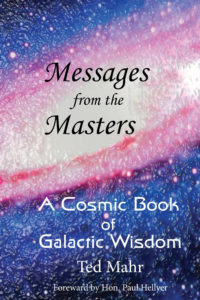 The book contains their messages on how we can co-create a beautiful, bright, and peaceful planet! I hope you will join us and these great Masters in co-creating this beautiful New Earth where war and conflict are just distant memories and in the words of John Lennon, “all the world will live as one!” The book is available on both Createspace and on Amazon

2 thoughts on “Messages From the Masters”