Maqua Iqua is a Mt. Shasta based psychic and healer. Originally from Germany, she is in contact with Adama (the high priest of Telos). She has also been to Telos many times, where she was told that she was a bridge from the people of the surface of Earth to the Telosians. She says the people of Telos have crystal beds and awesome healing rooms, and different colored pools of water for healing. There are extensive shuttle systems underneath the surface of this planet which are used by the people of the Hollow Earth for transport.

Maqua recently brought another gifted psychic (April Autry) to the City of Telos and the Hollow Earth where she discovered her soul purpose.

Both Maqua and April will be describing Telos and the Hollow Earth and their journey to this fabulous, advanced and ancient Lemurian civilization beneath Mt. Shasta. 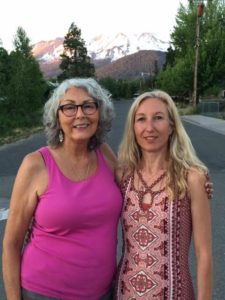