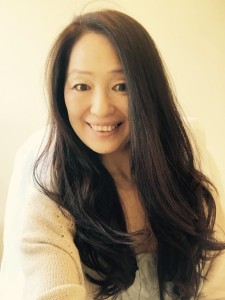 Manami Ozaki is a professor of Psychology at Sagami Women’s University near Tokyo. She went to the graduate school of education at the University of Tokyo, and at Kyoto University majoring in Health Education and Environmental Studies. Her professional background includes a research fellow at the Psychiatric Department of the Medical School of the University of Pennsylvania, and a visiting research fellow at the Center for Spiritual Development, Search Institute, Minneapolis.

Her mission in the field is to integrate science, art, and religion for realizing sustainable well-being with Eastern perspectives. She has been studying spirituality and transcendence as an alternative human strength or virtue; in other words, “strength in weakness/ surrendering.” She has presented a new model called Inclusive Positivity, which is based on the Buddhist worldview, as the second movement of positive psychology since 2009. After the 311-earthquake /tsunami disasters, her interest is focused on spiritual awakenings of posttraumatic growth.