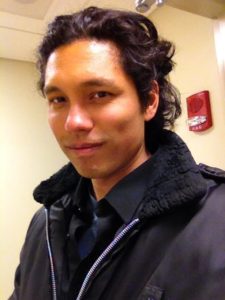 Lenny Revell is a fascinating, famous, and extremely talented musician from New York. He has wonderful spiritual views which he will be sharing with us on this interview, including cleaning up and stopping chem trails with pyramids.

Lenny has been called “the next Elton John”; he has been playing music and song writing since he was 9 years old. He’s played at the Lewiston Art Fest in Western New York, and at the Canal Fest of the Tonawandas (NY); where he returned for other performances. During these performances, he was brandished as the “next Elton John.” Many cities followed, with a concert in Branson, MO, a TV appearance in Nashville, TN, & opening for a model show in Toronto, Canada. Lenny has also become a familiar face at the most popular piano bars in NYC. Having acted in two operas within the Greater Buffalo Opera Company under world renowned opera director Gary Burgess: “Carmen” and “The Flying Dutchman”, & modeled for Rova in NYC. Lenny released his Debut Album “Lessons” in September 2006, preparing for his move to The Big Apple.

“Lessons” has been reviewed in The Buffalo News, ArtVoice (Buffalo newspaper), Keyboard Magazine, Teen Ink Magazine, Time Out Magazine (timmage.com), NYCool.com, Rochesterathome.com, Buffaloathome.com, The UB Spectrum (University at Buffalo newspaper), Nightlife Magazine (Buffalo), and radio stations with great interest. His song “Who Am I?” was played throughout Regal, Lowes, and AMC theatres across the country through the Month of May 2007, in celebration of Spider-Man 3. His track, “Love Is Just Her Fix” was chosen as the theme song for independant actress & filmaker Angie Gregory’s indie-short “Gone Like Solomon.” Traveling frequently between his basecamp in NYC and Buffalo, he’s won 1st place in Buffalo’s own “Spy Guy Talent Show,” run by Rick Rhodes and Norm Skulski. He has performed at numerous charity events including the March of Dimes Walk, City Harvest Feed the Homeless (The Krystal Auto Mall in Brooklyn), & has been a repeated, and requested guest on the Ebony and Ivory show (93.5 FM in NYC), and the Joey Reynolds show in NYC.

In 2016, he came across pyramid technology from a friend that was based on the scientific work of Wilhelm Reich and Patrick Flanagan, and decided to start to build a unique technology involving sacred geometry, piezoelectricity, and the Casimir effect. This combination found it’s way into what Lenny calls his “Prana Pyramids”….energy devices in the shape of small pyramids and muffin shapes made up various crystals, resin, and metal powders among other earth materials, that structure wifi radiation from wireless electronic technology through a process called quantum coherence in order to make them less dangerous to living organisms, encourage plant growth, animal health, a meditation aid, giving off negative ions for a positive state of health, and deeper, more fulfilling sleep. He is currently writing a health, philosophy, and spirituality book he hopes will be out by the end of the year.