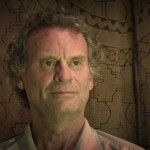 Author and lecturer John Craig A.K.A. Echan Deravy is film producer and anthropologist who has lived in Japan for decades. He speaks and writes fluent Japanese and had done ground-breaking work on remote viewing, ancient civilizations and ETs, holistic medicine, paranormal phenomena (including crop circles), and is establishing a learning center in Japan. He is currently working on a book and DVD together with the famous Graham Hancock of England.

Echan is one of the world’s most interesting people! He is also the author of Timegate, and recently undertook a trip to the Philippines where he helped rebuild a place near Tacloban in a small way. One small step-a new Earthship, the world’s first Windship.

Echan is a self-defined “Japanthropologist” having been embedded in a very different culture for over four decades. Who might you meet over that long time and what information might you discover? The scientific study of the origin, the behavior, and the physical, social, and cultural development of humans defines the traditional meaning of anthropologist.

Add to that the specific study of the culture of Japan. A true cultural anthropologist must live in the field and interact with his subjects. He must have a very keen interest in the culture and an ability to communicate with it and about it. Echan fulfills both conditions and continues his relationship, now in its 40th year as of 2014, with the land he loves more than any other. Japan.

However the events of 2011 were far more serious than even the Japanese realize. There can be no going back to the roaring commercialism of the 20th century. Japan is most certainly now in a more setting sun mode perhaps-but that can be even more beautiful than the rising sun.

His rallying call since the earthquake has been ” Kore kara dayo, nihon wa “or, the best days are yet to come Japan!