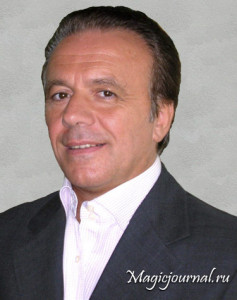 Tullio Simoncini, from Rome, Italy is an oncologist, diabetologist and specializes in in metabolic disorders. He has a strong opposition to any type of intellectual conformity, which is often based on suppositions without foundation or worse, on lies and falsities.

Dr. Simoncini believes there is a total failure of official oncology, therefore one can understand his strongly critical position of an Italian and global medical system that operates in what he considers a scientific dead end.

Dr. Simoncini believes in a healthy mind and body and follows a healthy diet, is physically active, and the practice of moral responsibility. His favorite sports are jogging, skiing and soccer.

His tendency to medical and scientific synthesis also stems from a natural sensitivity that tends to perceive the harmony of the whole as distinct from the value of its constituent parts.  This quality is reinforced and expressed by his propensity for music, and cultivated by his practice of musical instruments such as piano and classical and modern guitar. When he was a student in high school and university, his musical abilities led him to form various musical bands that toured central Italy.

Dr. Simoncini’s personality is pervaded by a strong humanitarianism which triggered him to reflect on how little and inadequate medicine’s fundamental knowledge is, as shown by the impotence of medicine when faced by the pain of patients. This empathy for the pain of others has been the constant motivator on the path of his personal life.

He’s always travelling throughout the Italy to explain his theory in congresses, conferences and interviews, and to show how many patients healed from cancer.

Dr. Simoncini discovered that the cause of this terrible illness is a fungus and tried hard to persuade scientists how wrong are the actual theories on cancer. His therapy based on the strongest antifungal substance, sodium bicarbonate, is harmless and very effective and should be adopted all over the world.

In 1996 Dr. Simoncini received his Ph.D. in Philosophy from La Sapienza University. From 2000 to 2004 he devoted his focus to Oncology, also at La Sapienza University.Throughout his medical career, Dr. Simoncini pursued his personal theories regarding cancer. His first terminal patient, who went into remission in 1981, is still alive and well today.

Because of his unorthodox approach, Dr. Simoncini has been disbarred from the Italian Medical Order, and at the same time he has endured a massive, concerted attack by the Italian media, promoted by the Italian Medical Establishment. Despite these obstacles, Dr. Simoncini has managed to advance his theories at medical conferences in Italy and abroad. Among the venues where he has presented are the International Oncology Convention, Treviso, Italy (2000); Convention on Holistic Medicine in Oncology, Udine, Italy (2006); International Anti-Aging Convention, Paris, France (2008), the Convention on Natural Medicine, Phoenix, Arizona (2008), the 36th Annual Cancer Convention in Los Angeles (2008) and multiple lectures in Buenos Aires, Argentina (2010).

Dr. Simoncini is the author of Cancer Is A Fungus, a book in which he details both his theory and different protocols for different tumor types.