(Please scroll down to listen to show replays with Dr. Chow) 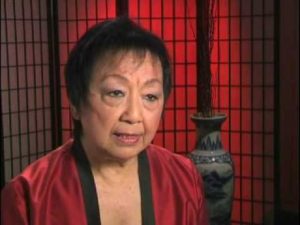 Dr. Chow is a world-renowned Qigong Grandmaster energy healer, acupuncturist, author, international speaker, Humanitarian, Futurist, and Visionary. In July 2000, she was appointed by President Clinton to the original 15 member White House Commission on Complementary and Alternative Medicine Policy. She wielded the female influence in the world at a time when it was mostly only talked about. Recipient of the “Visionary of the Year 1997” “The Humanitarian of the Year 1999” and “The Visionary of the Decade 2000” Awards, Dr. Effie Poy Yew Chow has for over 40 years been working to integrate Qigong and Traditional Chinese Medicine (TCM) with Western Medicine. “Giving individuals the power to determine and manage their own health and destinies is the secret of true healing” is her motto.

Toward this goal, she founded the East West Academy of Healing Arts (EWAHA) in 1973 in San Francisco. In 1988 an arm of that organization, The EWAHA Qigong Institute, was established within EWAHA to promote research and clinical work in medical Qigong.

Clients come from all parts of the world to consult with Dr. Chow. She travels internationally to see clients, give seminars and train practitioners to audiences up to 10,000 people in one event. She has personally made presentations to over 700,000 people of all cultures, and to more than 1,000 corporations, including Fortune 500 companies, hospitals, health clinics, universities, and governmental agencies.

At the Stanford Medical Center she was a research nurse in the pioneering arenas of kidney transplant, sleep and dream analysis, Dr. Shumway’s mitral valve procedure, morbid obesity, role of DNA in cancer.

Dr. Chow has a Ph.D. in higher education, and a master’s degree in behavioral sciences and communication. She is a registered public health and psychiatric nurse and Qigong Grandmaster with over 40 years’ experience. She is a National Diplomat in Acupuncture (NCCAOM) and a California-licensed acupuncturist since 1977.

She is the only Qigong Grandmaster-Nurse-Acupuncturist in North America who has been active in the development of national health policies within the U.S. Department of Health and Human Services (DHHS) in the field of cultural diversity, alternative and ethno-medicine.

Dr. Chow was recognized for her expertise in the field of alternative medicine, Qigong and TCM through an appointment to the first Ad Hoc Advisory Panel of the Congress-mandated Office of Alternative Medicine (now the NCCAM) at the National Institutes of Health (research Division of DHHS) in Bethesda, Maryland.

On over 700 occasions, Television/radio/news media publications internationally have featured Dr. Chow.  They come to San Francisco from USA, Canada, Russia, Denmark, Australia, Korea, Japan, Rumania, and England to film her. Over 15 one hour or half-hour TV/Radio shows feature solely on her work.  She is in a four-part TV series on alternative medicine.  Many continue worldwide re-showing. Numerous awards honor her for being a pioneer/ leader in the fields of Traditional Chinese Medicine, Acupuncture, Qigong, Natural & general health care. A few are listed below: