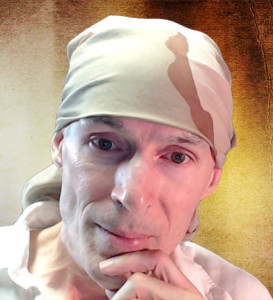 Courtney Brown, PhD is a mathematician and social scientist who teaches in the Department of Political Science at Emory University in Atlanta, Georgia. Independent of his work at the university, he is also the leading scholar on the subject of “remote viewing” as it is done using procedures that were developed by the United States military and used for espionage purposes, or procedures that are derivative of those methodologies.

Academic Background: Courtney Brown received his Ph.D. degree from Washington University (St. Louis) in 1982 in political science with an emphasis on mathematical modeling. He began his teaching career as a college calculus instructor in Africa before moving on to teach nonlinear differential and difference equation modeling in the social sciences at the University of California at Los Angeles, Emory University, and the Inter-university Consortium for Political and Social Research Summer Program at the University of Michigan. He has published five peer-reviewed books and numerous articles on applied nonlinear mathematical modeling in the social sciences.

Remote-Viewing Background: Dr. Brown is the Director and founder of The Farsight Institute (www.farsight.org), a nonprofit research and educational organization dedicated to the study of a phenomenon of nonlocal consciousness known as “remote viewing.” He has published peer-reviewed research on this subject in premier scientific outlets, and has spoken spoken internationally at a host of prestigious venues, including various universities, as well as at respected gatherings of physicists. His recently published book on the subject, Remote Viewing: The Science and Theory of Nonphysical Perception, is the only book of its kind where the science of remote viewing is developed with respect to highly structured data-collection methodologies of the kind utilized by the U.S. military. In this book he analyzes data and develops a new theory that explains the remote-viewing phenomenon as a consequence of superposition formation on the quantum level.

Other Activities: Courtney Brown is an avid filmmaker, photographer, and digital artist. He has produced a number of documentaries involving the subject of remote viewing and extraterrestrial life, as well as having written two best selling books on these subjects. He has also written, directed, and produced science fiction web series and shorts. Finally, Courtney Brown has long been active in performance and theater. He has acted in lead roles in a number of television series and films in the United States and Africa, playing Dr. Livingston in Suzi na Chuma as well as Sir John Kirk in Sultan Bargash, both of which were full-season television shows in Swahili. He sings regularly in the Atlanta area as a baritone soloist of sacred music, and some of his recordings are commonly heard both in the United States and Africa. Dr. Brown also has an interest in political music, and has published a book on the subject. Courtney Brown is also a digital and traditional artist, working primarily with either a Cintiq or a Wacom tablet for digital illustrations, and graphite, charcoal, and pastels for more traditional work. He is particularly known for his digital nudes and alien figure drawing. Some of his artwork and photography can be found on this web site under digital illustration, photography, and artwork in the navigation bar.